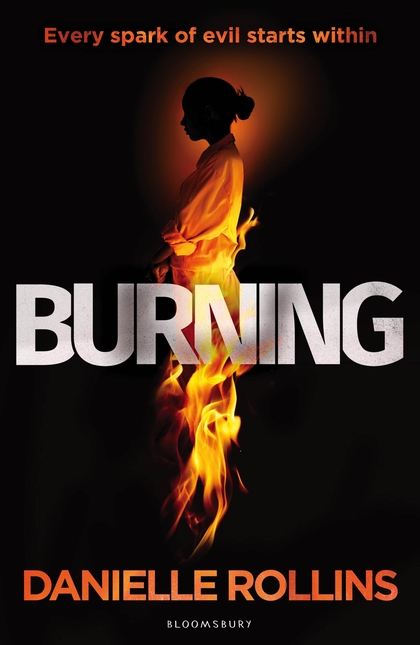 After three years in juvie, Angela Davis is just three months shy of release. She'll finally see her little brother again. And she'll get the hell out of the pit that is Brunesfield Correctional Facility.

But then Jessica arrives … She's young, only ten years old, and she's brought to Brunesfield in shackles under the highest security possible. She doesn't speak and is placed in the segregation ward. No one knows what she did to end up there. But there are plenty of rumours. Soon creepy things begin to happen to Angela and her friends that can only be traced to the new girl's arrival and it becomes clear that Jessica is more dangerous than anyone ever expected ...


My Creepy October Reading continues with this burning book. LOL.

Angela has been living in the Brunesfield Correctional Facility for several years now. Juvie's no party destination, but she knows the rules and how to stay out of trouble. Mostly. Plus she has two good friends: Issie and Cara. She also happens to share a dorm room with them and they have kitchen duties together. They might be hard girls, but they all get along and dream of escaping the restrictive walls around them.

The day a new girl arrives, everything changes. Jessica is really young and is in shackles and she's taken straight to segregation, so she has to be dangerous. With her arrival comes a mysterious doctor. Doctor Gruen appears nice enough, but it doesn't take long for her mask to slip and her true intentions to show.

Gruen says she wants to recruit SciGirls, but it soon becomes apparent that she's hiding something. And it doesn't take long for Brunesfield to start changing...

Yikes! This was quite the spooky book. I loved how the walls around Brunesfield seemed to close in around the characters. I also loved how the shadows seemed to hide things. And how sometimes, Angela caught movement out of the corner of her eye, but nothing was there. Plus that segregation floor... *shiver*

All of this certainly added to the creepy atmosphere about a place that keeps girls locked up.

Angela was also a very interesting character. She might have made some stupid mistakes and often feels like the world is against her, but she still knows right from wrong. She loves her brother above all else, and the way she takes the dangerous Jessica under her wing is really sweet. I also thought the strong friendship between Angela, Cara and Issie was a strength that gels throughout.

Burning turned out to be an addictive, sizzling surprise. It's a downright creepy story. The characters are engaging, the mystery intriguing, and the location claustrophobic. There's even a fascinating supernatural thread and a touch of romance. But at the core of this book is the story of forgotten girls trying to overcome the many challenges they face.

I really enjoyed it. And can't help but wonder: will there be a sequel?