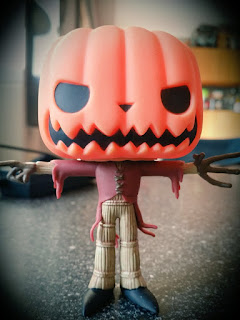 That's right! It's Michael Myers month, everybody.
Also happens to be the birthday month of both my hubby and my daughter. And the time to celebrate all things spooky. That time of year where all I want to do is read scary books and watch horror movies. When it's time to start listening to The Nightmare Before Christmas soundtrack.
I might be listening to it right now... :)
Wow. I can't believe I've been MIA for so long. OMG. I think this is my last real post. Back in August! O.o Seriously, was I trying to set some kind of record? Nah. Just been caught up doing a bunch of things, and not feeling well. The change of season always gets me.
I even lost my voice last week. Luckily, it's back now.
Shortly after the above blog post, I received the first round of edits for HELL OF A RIDE. While it was awesome to return to Lavie's world, and I had a great time strengthening everything, it almost broke my brain a little. LMAO. It took me almost two weeks to do, which is way too long for me. But the results were great!
Then I took a reading break before the second round came back. This time around, I actually enjoyed it a LOT more and managed to get it done in half the time. Not to mention that my new editor--Laura--pointed out a bunch of things that needed fixing. After I did, the story is definitely shinier. And the love story at the core of it is deeper.
I'm so proud of Lavie & Saul's story, and am super glad that Laura is just as excited about it.
I'm not sure when the FLE round will come back to me, but I hope it's not next week. Hubby has a week off work, so I won't be working on anything. It's going to be a nice break. Though it'll probably go way too fast. :/ Still, I'm gonna enjoy some time alone with him.
So, what have I been doing this week? I've been wrapping up a few guest blog posts that I committed to. I've also been thinking a lot about new story ideas. My daughter and I watched SERAPH OF THE END the other day. It's one of her favourite animes. Though she loves a LOT of them.
Hubby and I also binge watched S1 & S2 of PENNY DREADFUL. What an AWESOME show! I love the humanity, the wickedness, the ideas, and the darkness of the world. I can't wait to see more of what these characters get up to.
There's always something to do around here. LOL.
Anyway. That's about it for now. I just wanted to pop in for an update.
Have a great weekend!