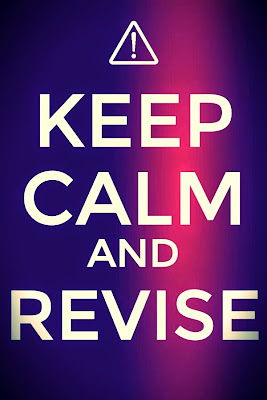 Yikes. It's been a while.


Can you believe we're almost halfway through May? I certainly can't. O.o Where is the year going? Why is it moving so fast? It needs to slow down a bit because there just aren't enough hours in the day to do all the stuff I want to do.
So, as you've probably noticed it's been a while since I last popped in for an update. The backend of April was filled with real-life stuff and guest blog writing. When you spend almost a week brainstorming + writing other posts, the last thing you feel like doing is jumping onto your own blog to post something.
Then after that I decided to have some time away from the computer, and instead read up a storm. Yeah, at least I've been posting my reviews. LOL.
As soon as May hit I got stuck into the third (and final draft) of Willow's spin-off story. If you've read my SIERRA FOX series, you know that Willow is her younger sister. She happens to be a necromancer, and this is her story. Which takes place about five years after A STITCH ON TIME. It was a lot of fun to write and I just finished up yesterday. It took me a little longer than planned, but it was my fault because at the last minute I decided to make several key changes to add more drama and atmosphere to the novel.
Now, I'm very happy with how it's turned out and have already loaded it onto my Paperwhite. That's the last step--which I call revision-check--before calling it done. Reading your own story on an eReader makes a huge difference. Things that might not have stood out on the laptop suddenly glare at you. So I'm looking forward to tackling this final read. But not until Monday.
The rest of this week is going to be spent reading, plotting and watching BEAUTY AND THE BEAST.
B&tB is a show that I've been interested in watching since it started, but hubby and daughter just didn't seem too keen on it. So, instead of watching an endless cycle of CHARMED episodes on TV while I'm having lunch, last Monday I decided to watch one B&tB episode a day. Don't get me wrong, I loved CHARMED and have watched it from start to finish about three times already. I was just ready for something new. And, this is it. I'm really enjoying the cop drama side of things as Catherine and her partner solve some pretty nifty crimes. I also LOVE the chemistry between Catherine and Vincent. Vincent isn't so beastly. Well, except when he loses control, LOL.
I just want them to get together already. :)
I'm currently up to S1 E10, and things are heating up. So, looking forward to sneaking in some more eps. Like I said, I'm aiming for one a day, but because I'm taking a breather after the hard revision work during the last week and a bit, I might squeeze in a few more than that until Friday. Actually, yesterday I watched three! I know, what a rebel. :P
So, I've been pretty busy with the writing side of things and trying to keep the reading going because there are just TOO MANY books that I want to read from my bookshelf. And on my Paperwhite... As well as the ones I borrow from the library... Yeah, you get the picture.
My self-imposed WILLOW deadline is still on track. I'd like to have the book and synopsis completed by the end of this month. And if I stick to my revision-check next week, then I can work on the synopsis the following Monday and hopefully have everything wrapped up by then.
Fingers crossed.
Anyway. Have a great day!
Yolanda Sfetsos at Wednesday, May 13, 2015
Share