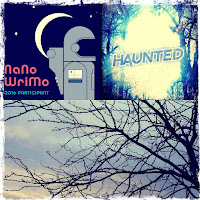 Can you believe that this is the fourth week of November? Already!

Seriously. I know I've said this about a thousand times, but this year is going way too fast, which some people might think is a good thing. 2016 hasn't been very kind, has it? It's taken a lot from us and it definitely feels like the negative energy is trying to eclipse all the positive vibes.

Last week, I reached the 50k-word target and finished my first draft. And this week I validated my story. Yay. 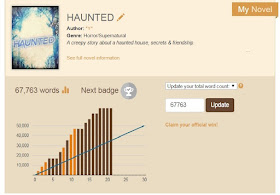 Not bad. I'm really happy with the word count progress I made during the month. I'm also really excited about this novel. So excited that even though the story is done for now:


Yeah. It's still very much in my head. And that's why I'll tackle a few of these things next week before putting it away so I can get some distance.

The rest of this week involved a LOT of photo/pic/file housekeeping. It was SO TIME CONSUMING that I've decided to start a weekly update so I can (hopefully) stay on top of this.

Let's hope I can stick to the schedule. *fingers crossed*

Asides from tidying up all the clutter from my files AND brain, I caught up on some reviews:


I also DNFd a book. Got a rejection for one of the anthologies I subbed to a few months ago. And got a bunch of real life stuff done.

Hope you have a great weekend!