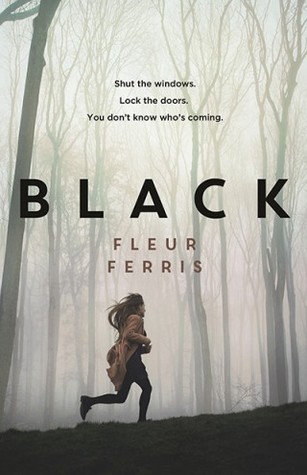 Black by Fleur Ferris
My rating: 4 of 5 stars

I borrowed this book from the library because I'd been hearing some really good things about it on Twitter. As soon as I started, I was hooked!

Ebony Marshall lives in a small town called Dainsfield. Most people call her Black. Oh, and she's not exactly popular because most of her friends end up dying. So people say she's cursed, and she stays away from friendships. When someone actually asks her to the formal and he ends up in the hospital, even she starts to wonder if she is.

But at the heart of her 'curse' are some shady figures who will do whatever it takes to make sure that Black's possessed status is brought to an end. No matter what.

Like I said above, I was instantly hooked. I loved Black's voice, attitude and plight. The more I got to know her, the more I liked her and hoped that she would make it out of the horrible ordeal unscathed.

The writing is nice, the story great, and the characters interesting. I enjoyed this book. A lot. The only thing I didn't enjoy were the last three chapters. They felt a bit rushed, almost like they didn't fit with the rest of the book. I don't know what it was, but they threw me out of a narrative that I'd been totally engrossed by until Chapter Twenty-Six.

I know that sounds weird, but it's just a shame because other than that, I really enjoyed Black's story. :)

View all my reviews
Yolanda Sfetsos at Saturday, August 06, 2016
Share