Print Release: A Stitch on Time

The fifth and final book in my Sierra Fox urban fantasy series is now available in print!
Like the ones before it, this paperback is absolutely beautiful. 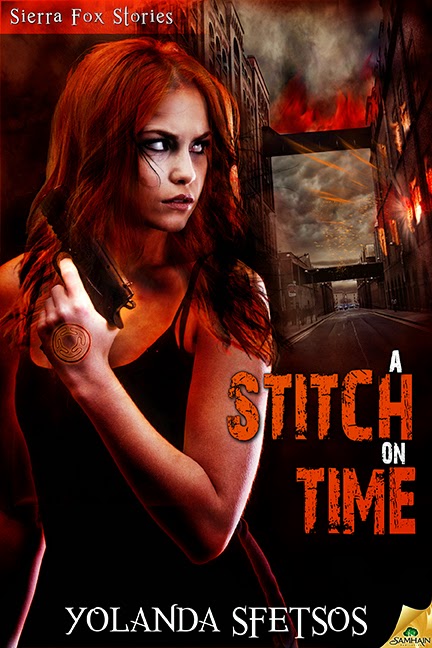 All it takes is a little death and mayhem to make a spook catcher’s day.

Sierra Fox has finally inherited her grandmother’s power to destroy demons, but what good is it when her werewolf boyfriend still lies in a coma? Worse, the decision she’s about to make could save him—but ruin their relationship.

If that’s not enough bad stuff on her plate, she’s got a soul to save—the soul of her closest friend, killed by the Lamia that got away.

Another untasty side dish: The Obscurus refuse to give up their relentless pursuit, and they’ve upped the ante. Mace is dead set on blowing up the Spook Catcher Council Tower, and the blowback will have devastating effects on Sydney and for Sierra. At least these demon-obsessed freaks aren’t counting on Sierra having a Goddess and a trusty demonic conduit as backup.

All of this leads to a one-way ride into the abandoned part of town, where the Obscurus plan to summon Legion. With her demon hunter friend by her side, Sierra prepares for the final battle…because even she knows this will be The End.

Warning: Phantasms, wraiths, orbs, demons, all guaranteed to ruin any spook catcher’s day. But you can always count on werewolves, land spirits, and a Goddess. Beware of explosions, demonic obsessions, and the battle that will tip the scales and change Sydney forever.
Samhain Publishing | The Book Depository | Amazon | Amazon UK 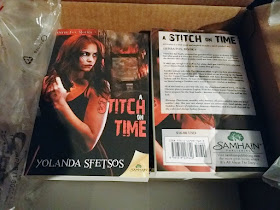